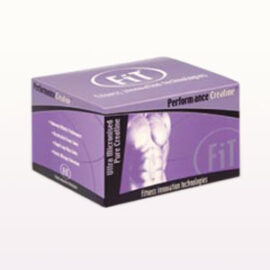 Creatine occurs naturally in the human body where it is produced by the liver, pancreas & kidneys. It is also present in raw meat and fish, and also in certain other animal products. It is stored in the muscles as phosphocreatine (PCr) where it’s purpose is to support the production of ATP (adenosine triphosphate), which in turn, supplies the energy (or fuel) needed for muscle function. During rapid, high intensity exercise, ATP is consumed, and a waste product called ADP (adenosine diphosphate) is formed. However the PCr is able to reconstitute the ADP back into ATP where it can again be used as muscle fuel! Of course the PCr is itself consumed during this process, which is where creatine supplementation comes in.